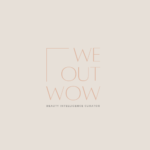 Digital fashion house The Fabricant and footwear brand Buffalo London have collaborated on a digital sneaker that can be purchased. The virtual trainer, called BurningFor, is a 3D reimaging of Buffalo London’s iconic platform-soled shoes. But unlike the real shoes, these can only be worn in the digital world.

The virtual trainers appear “on fire” and are covered in a “digital fabric” that makes them appear to be in constant motion.

Buyers of the digital sneakers will be automatically directed to the Dress-X platform, which will digitally dress them in the sneakers based on an image of their choice. The edited image can be shared across social channels, allowing users to show their style without a physical item being worn or physical interactions taking place.

The initial drop of the digital sneaker is a limited edition release of 100 pairs only, sold through Buffalo London’s and Dress-X’s websites.

Aromatherapy is a trend to watch for the coming years in Asia as it will surely keep on growing and is in synch with many local aspirations of consumers.

The pandemic and climate crisis have made consumers more aware than ever of the relation between their surroundings and the environment they live in and the overall health of their skin.

Luxury houses keep on looking for new ways to reinvent themselves and stay attractive in a very competitive industry. Consumers are always expecting new, innovative products or campaign and major brands are very prolific in the area.

Inclusivity has been a key concern for many people over the last few years. In the beauty industry it has impacted product development but also organizational structures.